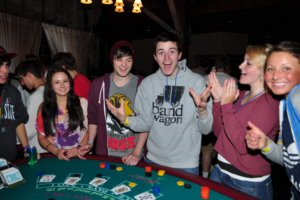 For many years, parents have worried that their high school graduate would be responsible while celebrating the completion of 12th grade on Grad Night. Thanks in part to the work of CNW’s Dawn Peschek, the parents of 200+ grads of her daughter’s High School slept well on Grad Night in June 2022. Her work started well before the special night with Peschek spearheading fundraising activities to help defray the $250 cost for all Seniors and provide scholarships for others, the goal being that any Senior who wanted to attend Grad Night would be able to. Then, she oversaw a group of 20 chaperones that accompanied the Grads that night, again with the goal of keeping grads safe. 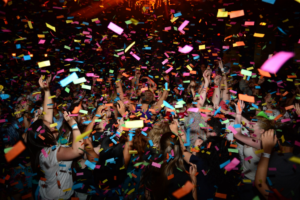 Meeting at approximately 10:00pm after graduation, the grads and chaperones boarded buses to transport them to two surprise locations…a trampoline park which featured BBQ dinner, a tattoo artist (temporary), caricature artist, and a hypnotist show. Following that…a snack of Dick’s cheeseburgers as the group  boarded buses at 2am to travel to the next destination…a downtown Seattle nightclub for dancing, dad-led Casino blackjack, and more food! The buses then returned the wiped out Grads safely to the high school at 5:30am for pickup. 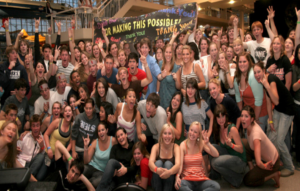 The event was sponsored by the school’s PTSA (Parent Student Teacher Association) and it comes as no surprise that Peschek was the organization’s president in previous years. In fact, Peschek has beenpresident of school PTSA’s since her oldest daughter was in first grade and continued that role at each school through elementary, middle school and high school. With both in college now, PTSA will have to look for another volunteer who is as dedicated to its children and the community. 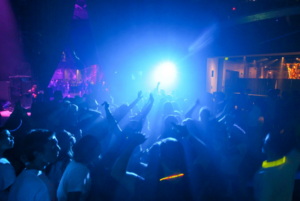 ← Turning a Mistake at Work into a PositiveCopiers Northwest & HP…Our partnership helps sustain the environment! →